Kangaroos are a protected species under Australian law and to kill, buy, sell or possess kangaroos is an offence. Shooters are provided with licences to kill kangaroos; however this is limited by species, number and location. There are two types of shooter licences – one being commercial and the other non-commercial. The killing of kangaroos is governed by a complex legislative and regulatory framework. 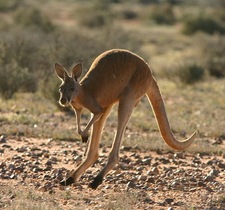 Law-making power in Australia is divided between Commonwealth and State governments. The Commonwealth Government does not have any express power to deal with animal protection or environmental matters. As a result, the relevant law is found at both Commonwealth and state levels. The Commonwealth Government has overall responsibility for the welfare of animals killed for commercial purposes and the State Kangaroos Management Programs are incorporated as part of the National Plan of Management for Kangaroos. Further, the framework relies heavily upon subordinate laws and guidelines such as the National Codes of Practice (Commercial and Non-Commercial) for the Humane Shooting of Kangaroos and multiple kangaroo management plans.

Within this complex legislative and regulatory framework there are a number of issues that arise: