The killing of kangaroos is a highly charged ethical matter. Australia has been accused of hypocrisy for opposing the killing of whales while at the same time engaging in the largest slaughter of land-based wildlife in the world. 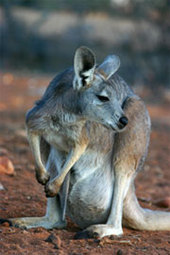 This killing raises a myriad of ethical concerns, including concern for animals, the environment, wellbeing, Indigenous rights and social justice. Animal protection groups have raised serious concerns about the welfare of joeys and body shot kangaroos. Some environmentalists have argued that eating kangaroo meat is good for the environment, while others have argued that the industry is exploiting Australia’s precious wildlife.

A number of Indigenous elders have expression strong opposition to the commercial and non-commercial killing of kangaroos (such as the Australian Alliance for Native Animal Survival).

To judge what is right or wrong, it is essential for the facts to be thoroughly examined. Secondly, it is important that rational, impartial reasons can be provided and justified.